Humans have enjoyed honey since the Stone Age. Cave paintings dating back to 8000 B.C. illustrates ancient civilisations harvesting the golden liquid, while pottery from 7000 B.C. was found to contain beeswax for waterproofing purposes. These days, honey continues to be popular for its deliciousness and its part in holistic medicine. But have you ever wondered how it’s made?

While modern honey harvesting has improved with special tools, like a honey strainer filter, beekeepers are still quick to thank bees for putting in the hard work. Find out how these insects make this sugary treat.

The honey-making process is dependent on the queen bee. As the only female with fully developed ovaries, she’s charged with laying eggs and producing scents that regulate colony unity. Without her, the colony would lose worker bees and quickly fall apart.

When the hive grows too large, the queen will start laying queen cells. These will be fed royal jelly until they hatch. Once the new virgin queen emerges, the old queen will leave the swarm otherwise, she will be killed.

Fight for Your Right to Mate

A virgin queen only mates once in her lifetime. This means male drone bees have to fight each other for the opportunity to mate with her. The process starts when the virgin queen takes her mating flight. Once she’s in the air, the drones will swarm her. Only the strongest drone survives this flight.

A drone bee has one job and it’s to mate with the virgin queen. After completing the mating process, his genitalia is ripped from his abdomen and he is left to die. The queen stores the sperm until she stops laying eggs.

You Got the Job 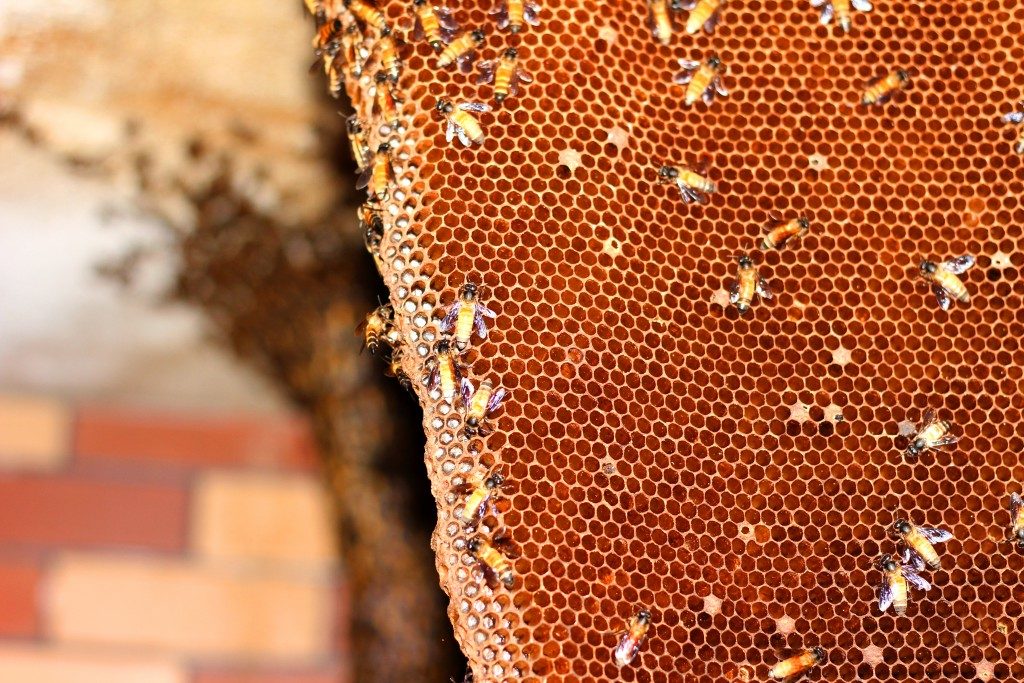 Once bees get past the larvae stage, they graduate to their jobs. Worker bees leave the hive to collect pollen and nectar. They typically travel within a five-mile radius of the hive. They store what they’ve collected in their second stomach until they return to the hive.

When worker bees return to the hive, they are met by other bees to collect the pollen and nectar. The latter use a straw-like body part called ‘proboscis’ to suck it out of the scavengers’ stomachs. This will then be regurgitated into an empty comb.

Once the comb has been filled with the pollen and nectar mixture, the bees work to dehydrate it. They do this by flapping their wings at full speed. This dehydration process keeps the mixture from spoiling. After it’s dry, the bees will the wax the comb with wax. This cap protects the honey from being rehydrating.

Beekeepers regularly check the hive for caped honey for harvesting. Once they find this, they will cut out that portion of the honeycomb. Then, using a knife or scraper, they cut off the caps before placing the comb into a honey extractor. This machine will pull out the honey completely from the comb. The honey will then be bottled for storage or selling.

Next time you spoon in a dollop of honey in your tea or mix it in with your oats, think about how far it came from the flower to your table.