People are a lot more concerned about cleanliness now that a virus is spreading illnesses across the nation. COVID-19 has really heightened the anxiety around germs among adults and children. Some experts warn that the past year will leave many people suffering from mental health conditions, including general anxiety and germaphobia-based obsessive-compulsive disorder (OCD).

One survey finds that nearly half of Americans consider themselves germaphobes. Among the about 2,000 respondents from the United States, most said they wash their hands up to nine times per day to prevent catching and spreading the virus. Some (nearly one in five) wash their hands upward 15 times a day.

Proper handwashing, as well as regularly using hand sanitizer when outside, is one of the recommendations of the Centers for Disease Control and Prevention as a shield against COVID-19. Most respondents also say that they follow physical distancing guidelines to stay safe.

The pandemic has led to a portion of the population becoming germaphobes who want to ensure that every surface they touch is free of any viruses and bacteria. This was what a recent study found out.

According to data, in the past year, nearly 35% of Americans feared that they would run out of cleaning supplies. The average amount of money a household spends on cleaning supplies also increased by 12%.

The for cleaning products were sustained a year into the pandemic. By January 2021, the number of consumers who purchased cleaning supplies online shot up by 37.2%.

Many households are not just buying cleaning supplies for their homes. They are also calling professionals to sanitize their properties for them.

There has never been a better time to explore cleaning franchise business opportunities because the demand for this kind of service right now is heightened due to the pandemic. Entrepreneurs found themselves expanding their team to respond to all the calls they receive because of the pandemic.

Meanwhile, some businesses are expanding their services to include cleaning and sanitation to appease the needs of consumers. Advanced Pest Control Solutions, a business based in Ohio, branched out and joined the fight against COVID-19. Nowadays, the fogging machines they use to disinfect after an animal infestation are being deployed to kill the virus on surfaces of homes and offices. They have since expanded their staff to include workers who will specifically operate the fogging machines. 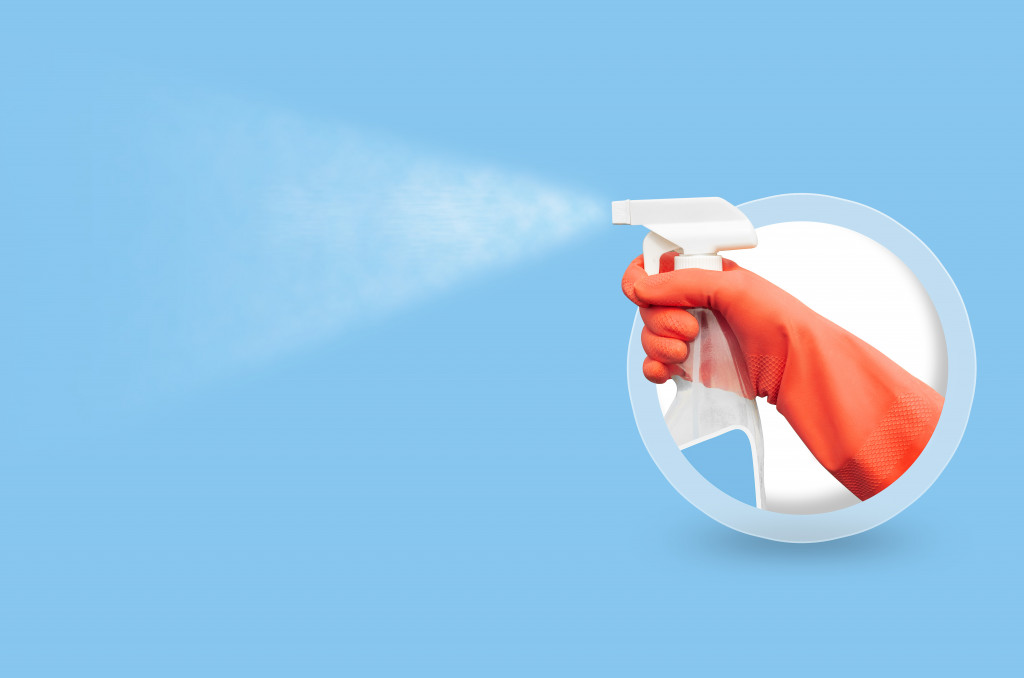 Some retail spaces are using ultraviolet lights in order to kill pathogens on floors and display racks. Stores are high traffic areas where infections between staff members and customers can happen. Ultraviolet is also being used to clean subways, bus lines and waiting areas, and airplanes.

Scientists at MIT last year developed a robot that will go around a warehouse or other facilities to shine ultraviolet light on surfaces to kill viruses and bacteria. The system can operate without human supervision. During a test in a food bank, the robot was able to disinfect a 4,000-square warehouse within 30 minutes. The people behind the technology said that, during this time, 90% of the coronaviruses present on surfaces have been neutralized to prevent infections.

Using robots has its advantages. One, they cannot contract and be infected by the virus. Two, they cannot pass it on to someone else.

In addition, electronic devices can be more thorough.

Vital Vio, a startup, is selling anti-microbial LED lights that can be used in hospitals or at home. They said that the technology can reach every nook and cranny of a room because light bounces off of surfaces.

Meanwhile, large event venues are making the task of cleaning faster with drones. In October, the Mercedes-Benz Stadium in Atlanta revealed that it will use a pair of drones in order to disinfect seats, handrails, and glass partitions. It will spray non-toxic disinfecting chemicals to cover a bigger amount of space in a shorter period. It is said to cut the time to clean the entire public area by 95%, allowing the staff to fulfill other tasks elsewhere. The drones were deployed after a game between the Atlanta Falcons and Carolina Panthers on Oct. 11.

It is natural to feel anxiety right now and cleaning, especially high traffic surfaces, is one way to reduce the spread of COVID-19. Hopefully, people will continue to be more aware of the dangers lurking on surfaces in the future for the purpose of their health and safety.