All relationships, regardless of nature, will have disagreements. Whether you’re in a personal or professional relationship, conflicts are normal.

However, most of us are not well-equipped to handle conflicts and disagreements. While we all want peace and harmony in our homes and our workplaces, disagreements and arguments will always rear its ugly head from time to time.

People have different responses when it comes to conflicts. We all have our approaches to conflict. Knowing how people respond to conflict can give you a much better assessment of how to go about the resolution process.

This style is descriptive of those who avoid conflicts by either staying silent or just complaining.

This style seeks to dominate any discussion and argument.

People like this are mostly sensitive and defensive and dislike any blow-up so they try to avoid things from getting worse such as a class action mediation.

This is usually the silent type that does not want to be involved in any argument in any way.

The peacemaker, or one who wants to end any conflict at the soonest possible time.

Knowing what your style is can help you make the necessary adjustments to approach the issue objectively.

How to Deal with Conflicts

1. Always seek to understand the other party.

Instead of trying to always impose your thoughts and opinions on other people and insist you’re always right, why don’t you take the time to listen objectively to the other party? Seek to understand where they are coming from. The beauty of team dynamics is that every member can see and fill in each other’s blind spots for better performance. Differences in opinions and perspectives aren’t always a bad thing.

2. Get past your triggers.

A lot of arguments and conflicts are the result of triggered emotions that made the conflict seem worse than it really is. No matter what you experienced in the past, try to see that you’re in an entirely different situation with people that have nothing to do with your past hurts and doubts. 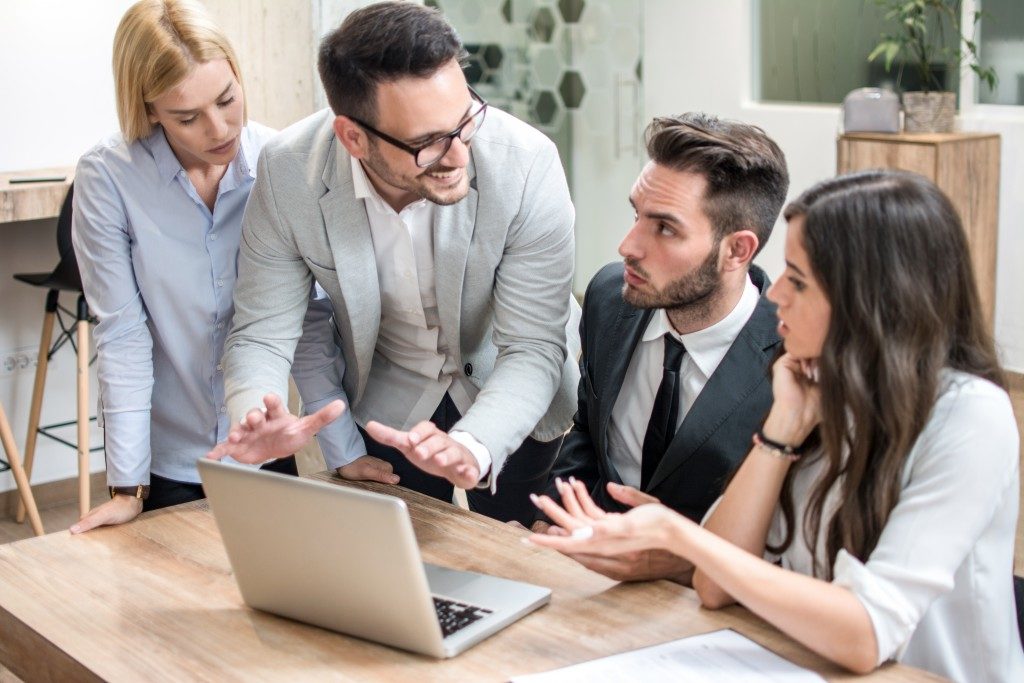 Whenever we focus on differences, we are only creating a greater divide between parties. We must learn to look for common grounds where we can bridge the gap between them. This approach will help people become more solution-oriented instead of just throwing tantrums and airing out grievances.

A wise man once said we were all given one mouth and two ears to speak less and listen more. Whether you’re directly involved in the conflict or are just a mediator, always seek to hear out what people have to say. A good listener is not judgmental, curious, and open-minded. They can help bring objectivity to the conflict which is helpful in coming up with a solution to the problem.

5. Be mindful of and take responsibility for your emotions.

Heated arguments only get worse because of unchecked emotions that are going through the roof. Whenever you find yourself in a disagreement, always keep your emotions in check. Do not be tempted to lash out just because you’re emotional. In most cases, people who did not take responsibility for their emotions regretted words that were said and things that were done.

While most people are ready to get one foot out the door during conflicts, make a commitment to making the other party understand that you want to deal with things and get to the heart of the matter to preserve the relationship.

Do not resort to namecalling and expletives. There is also no need to recount all the misgivings and other past offenses. If you bring in some positivity to the discussion, it is most likely that people will be willing to listen to you. A positive and encouraging word said at the right time can help bring things to a resolution.

While disagreements going away is an impossibility, we can always choose to take it head-on more maturely and objectively. If we learn to do this, conflict-resolution will be a lot easier to handle.